A total of 13 samples were taken in the second round of prospecting on the Dakouli 2 property, with five returning values between 1.74 grams-per-tonne (“g/t”) gold (“Au”), and 17.6 g/t Au, and eight returning values from 0.052 to 0.864 g/t Au. Samples were collected from orpaillage dumps and from depths of 15 to 40 meters below surface within active artisanal pits and shafts.

An additional new zone, located on the western boundary of the Dakouli 2 permit, has returned two samples from workings located there of 2.72 g/t Au and 11.1 g/t Au. This second orpaillage, termed the Boken Vein Zone, consists of gold in quartz veins located proximal to a granitic plug. The samples were taken from workings at 25-meter depths.

“The secondary structure identified in the north east and the Boken Vein showings are revealing just how robust the Sabce fault zone is,” said Vice President of Exploration, Warren Robb, P.Geo. “The amount of coarse visible gold we have seen thus far makes this a very exciting exploration program,” continued Mr. Robb.

“These are positive early indicators at Dakouli,” said Alex Klenman, president & CEO. “We have already confirmed multiple mineralized zones on the property and are currently mapping out these zones to determine their relationship to known structural faults and trends. It is a prolific area in terms of gold mineralization and we are encouraged by both the abundance of visible gold at Dakouli and the sample grades so far. We have lots of similar ground to cover, I’m looking forward to a deeper and more extensive exploration program, including a maiden drill program, in the coming months,” continued Mr. Klenman. 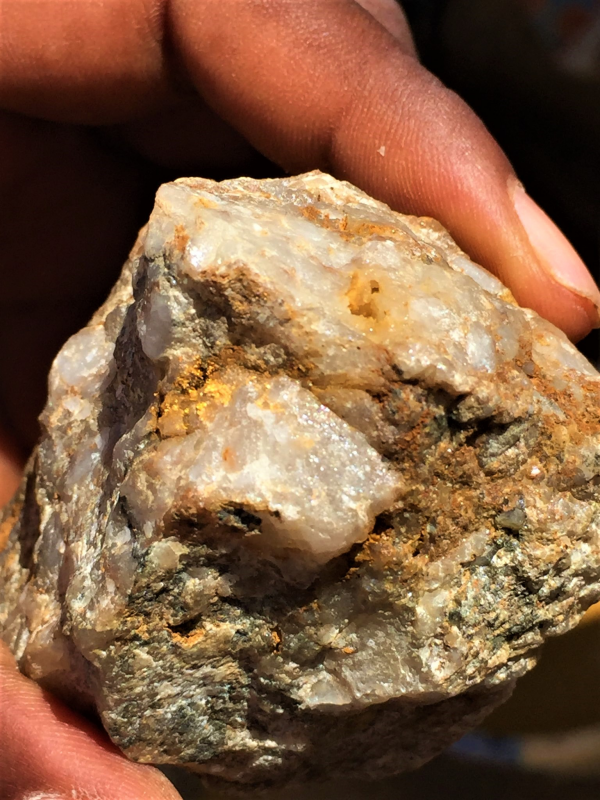 Prospecting along the southern boundary of the property has now identified a third area of active artisanal workings. Shafts and workings in this area have targeted a black quartz vein which has returned anomalous gold values ranging from 0.312 to 0.864 g/t Au. This southern series of showings is termed the Black Vein Zone and is located along the southern Sabce Sud lineament. This lineament is defined by the Gougre satellite open pit currently being exploited by Nordgold, a major orpaillage occurring on the adjacent eastern permit, and the orpaillage at the Black Vein Zone. 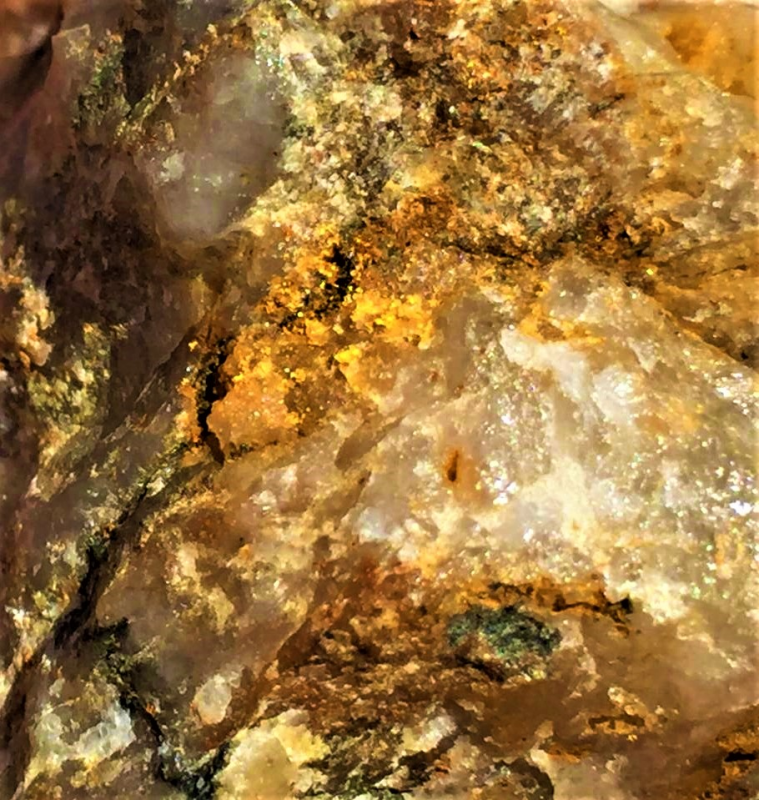 Figure 2: Close up of visible gold in quartz sample recovered at the Dakouli 2 concession

The Dakouli 2 exploration permit is located approximately 100 kilometers due north of the capital city Ouagadougou. The 98-square kilometer permit lies immediately south of the Company’s Niangouela property (see figures 3 and 4) which has been explored over the past two years. Drilling at Niangouela has returned significant intercepts, including 26.69 g/t Au over 4.85m (including 1m of 132 g/t Au), and 4 g/t Au over 6m (including 20.5 g/t Au over 1m).

The Dakouli 2 property is located on the Goren Greenstone belt and is bordered to the north by granitic rocks. It is also bisected by the Sabce Shear, a major structural fault zone proximal to multiple gold deposits, which trends southwest northeast and bisects the entire long axis of the property. 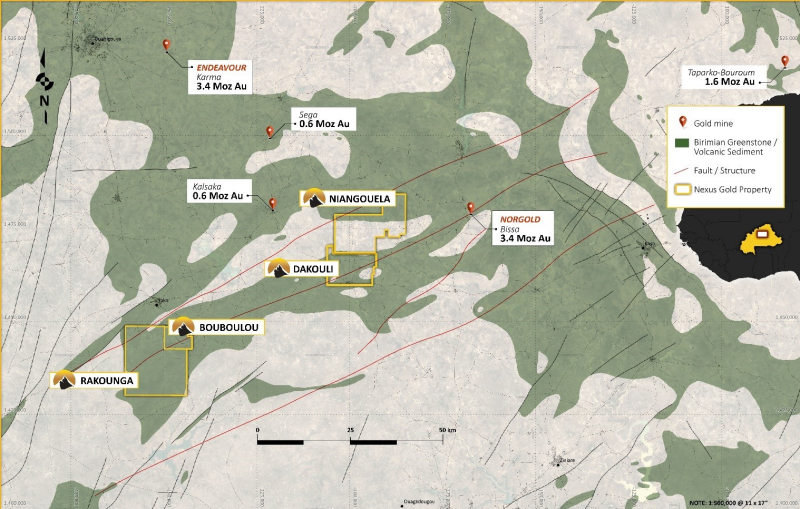 The Sabce Nord (see Figure 4) trend starts at Nordgold’s Bissa mine continues through the Northeast Zone on the Dakouli 2 permit, and the southeastern corner of the Niangouela permit. It proceeds to Boken Vein Zone on the western boundary of Dakouli 2 and is approximately 12 kilometers in length. 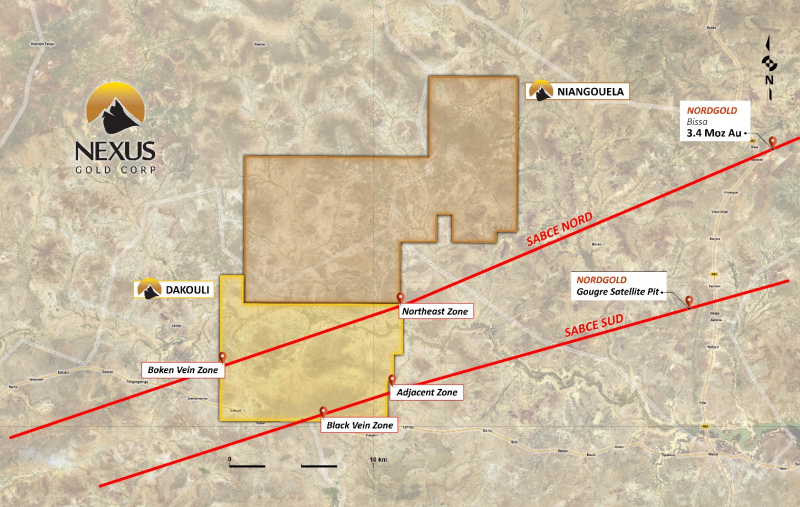 Nexus Gold is a Vancouver-based gold exploration and development company operating primarily in Burkina Faso, West Africa. The company is currently concentrating its efforts on establishing a compliant resource at one or more of it’s four current Burkina-based projects which total over 560-sq kms (56,000+ hectares) of land located on proven gold belts and active mineralized trends.